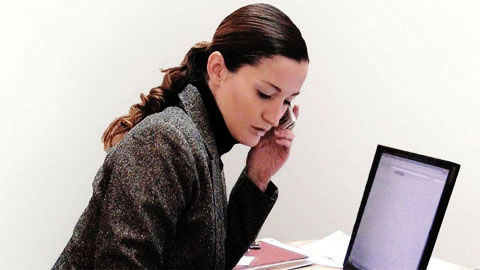 In 2013, Algeria will host the Arab Congress on Female Entrepreneurship. This is part of the Government consistent effort to promote women empowerment. The Association of Algerian Women Business Owners was created in the early 1990s when Algeria opted for a liberal economy. The 1300 members at inception leaped to 3300 in 2007.
Despite this growth, the future of women in business remains a cause for concern. 80% of female entrepreneurs have university qualifications but only 16% of their businesses were financed by banks. In order to understand the dynamic of women empowerment in Algeria, one has to put it in the historical context.

Algerian women fought alongside men during the Algerian Revolution. During the urban uprising of 1960, women were at the forefront. They not only earned the respect of their fellow freedom fighters but also earned their rightful place in the new Algeria. At Independence in 1962, Algeria adopted a very progressive stand on women rights. The Algerian Constitution guarantees the same rights to all citizens.

Moreover, the Algerian Government decided to encourage women’s education and employment. The National Charter of 1976 defined women’s work as: “an economic necessity and inalienable right which the ideological choice of socialism dictates”. The feedback to free education was so positive it almost completely discredited the myth which was entertained during colonial times that families were an insurmountable obstacle to the education of girls.
Nevertheless, the number of working women did not develop fast enough. This can be partly explained by the economic boom that Algeria enjoyed right after independence. The very cheap cost of living as a result of the State’s subsidies for transport, energy, accommodation made it easy to get by with just one income. But, all that changed in the late 1980s with the slowdown on the commodity market.

Furthermore, seeing the improved of the social situation of the pioneers who decided to work and/or study, women realised that education constitutes a very efficient means to assert themselves within the family and break the remnants of double standards. Women embraced wholeheartedly the opportunity that was given to them. Women’s literacy rate which stood at 15% in 1966 sprang to 65% in 2002.The gap between men and women literacy went from 20% differential to 3.6 in 2002.
Girls flooded schools and not just to attend but they have better results than boys. Today, 90% of Algerian girls are enrolled in schools whilst 60% of the intakes of university students are female. The result of this education that women are receiving and the emancipation that it entails has led to restructuring of the Algerian society. The larger family/clan has less influence on the choices of the individual. Arranged marriages are declining. The population survey conducted in Algeria showed that; out 5.1 million people who participated, 78.2 lived in nuclear family setup.

Yet despite the statutes that enshrine gender equality within the law and the evolution of society, women are undermined in their professional environment. They are paid less and find it harder to climb the corporate ladder. Some pioneers like Khadidja Belhadi who created her Construction Company in 1985, started the Association of Algerian Women Managers and Entrepreneurs in 2005.

Their aim is that female entrepreneurs should be awarded the same opportunities as their male counterparts. The young Sonia Ziamni is the symbol of these new qualified Algerian women. She is spearheading a billion dollars project to uplift Algiers Medina. So, may 2013’s rendez vous not be another step but a real leap on the journey from equal rights to equal footing.