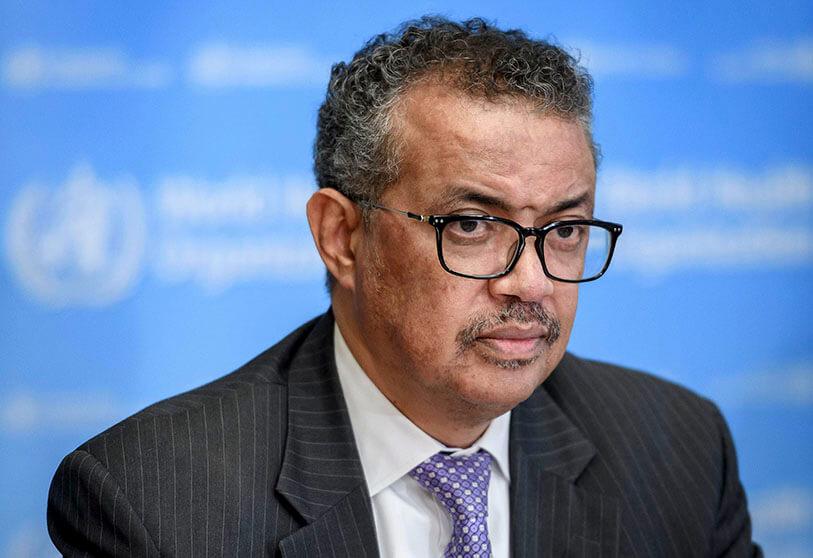 W.H.O. Director General, Dr Tedros Adhanom Ghebreyesus, at the invitation of the SADC Parliamentary Forum to discuss Covid 19 impact in Africa, addressed the Southern African Parliamentarians, on the third and final day of the e-plenary held from 9 to 11 October 2020 and hosted from the Namibian Parliament.

Dr. Tedros Adhanom Ghebreyesus, before the Parliamentarians of Angola, Botswana, DRC, Malawi, Madagascar, Mauritius, Mozambique, Namibia, South Africa, Zambia, Zimbabwe and the Kingdoms of Eswatini and Lesotho stated that, despite the onset general skepticism about Africa and how it would handle Covid 19, the continent was able to stop any wild spread of the virus. So far, a little more than 1.4 million cases and slightly over 24 thousand deaths (W.H.O. figures on 26/11/ 2020) were recorded on the continent. The continent mobilized it resources to respond to the challenge. At the start of the pandemic, only two countries had testing capacity. They were 32 by February. This is now a capacity widespread across Africa.

Still, the W.H.O. Director General warned that Africa should remain alert as worrisome increases of cases were noticed in some countries. W.H.O. is working in collaboration with African countries in order to improve their response capacity to pandemics, both current and future.

The W.H.O. Director General also noted the economic impact of Covid 19 as it has crippled the fragile socio-economic structure of African countries.

Southern Africa is a region that has experience in health crisis management. It has handled the HIV pandemic in the past. UNAIDS data of 2020 shows that southern and eastern Africa represent together, 6.2% of the world population but over 50% of the total number of people living with HIV.

Nevertheless, the sub region has made huge strides towards meeting the UNAIDS 90-90-90 targets. 87% of people living with HIV are aware of their status, out of those 83% are on HIV treatment and out of those 90% have had the disease virally suppressed.

It is with that knowledge of the commitment of this region to healthcare that the WHO director General pointed out that Universal Healthcare is the best approach to tackling such threats as the Corona virus pandemic. Dr Tedros Adhanom Ghebreyesus stressed: “Healthcare is not the outcome of development. It is its prerequisite.”

Furthermore, there has been a spike in Gender Based Violence as result of the COVID 19 pandemic and its series of lockdowns, curfews, and the economic downturn that has resulted in massive losses of employment, losses of incomes, families confined to small spaces and an increase in cases of depressions all over southern Africa.

The Director General insisted to the Parliamentarians of SADC who have assigned themselves the mission of “Making SADC relevant to ordinary citizen”, that what is needed more than anything in such instances is:

The Director General insisted to the Parliamentarians of SADC who have assigned themselves the mission of “Making SADC relevant to ordinary citizen”, that what is needed more than anything in such instances is: