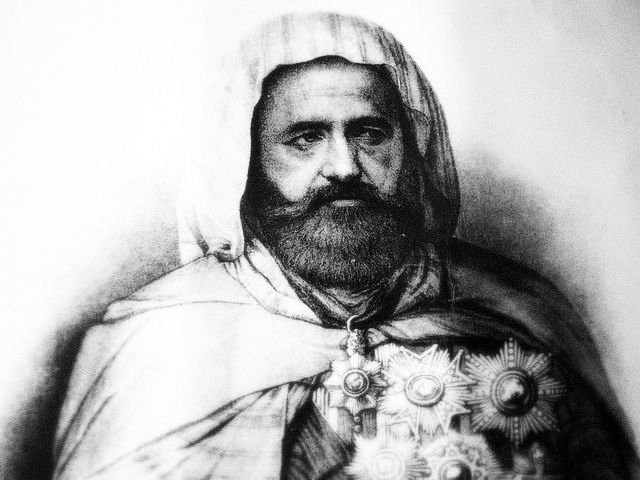 Algeria, as the meeting point of almost every civilization has influenced some of the greatest minds the world has ever seen. Out of those, four characters stand out.

Aurelius Augustinus was born in 354 in Thagaste (today Souk-Ahras) from a wealthy pagan father Patricius and a Christian mother, Saint Monique. A brilliant student, he pursued his studies in Carthage. His father foresaw a career for him as a lawyer. All these plans collapsed when 30 years old Aurelius settles in Milan and meets Saint Ambrose.

Aurelius found his higher purpose, spreading the gospel and preaching love, unity and tolerance in his homeland. The now monk Augustine first settles in Thagaste for three years and finally in Hippone (Annaba) where he yields to popular demand and serves for the rest of his life as priest and later as bishop.Saint Augustine’s life and his work were dedicated to piety as he outlined in his book “the City of God”. He remains one of the most influential authorities in Christianity and Catholicism.

Abū Zayd ‘Abdu r-Raḥmān bin Muḥammad bin Khaldūn Al-Ḥaḍrami better known as Ibn Khaldun was born in Tunis in May 27, 1332. It is therefore fair to say that he was Tunisian.

Nonetheless, it is during his time as a Diplomat and Prime Minister in the cities Bejaïa and Tlemcen that he acquired his perfect knowledge of the Berber tribe around which his reputation as a Diplomat and a Historian was built.
Furthermore, it is whilst living among the Berber tribe for three years in the city of Qalat Ibn Salama that he began writing his famous Muqaddimah (Prolegomena) which is the first sociological work ever recorded. Based around the concept of asabiyyah (social cohesion or group solidarity) in kinship, tribes and religious groups, the Prolegomena studies how cohesion carries groups to power and causes their downfall.

Mostly known as a resistant to the occupation of Algeria by the Ottoman Empire and later to the French invasion and for his role as a spiritual leader, Emir Abd Elkader was a consistent knowledge seeker and prolific writer throughout his life. The broad education that he received from a tender age can explain his extensive knowledge of the writings of Ibn Khaldun or Ibn Arabi but also those of Plato, Aristotle and Pythagoras. Abd Elkader also invented the Smala (moving capital city) that comprised of his entourage and a library which he never let out of sight.

Abd Elkader writes and publishes mostly about religion, spirituality and the situation prevailing in his occupied country; his work include Dhikra al-aqil “letter to the French” or Al-miqradhal al-hadd “Manifesto in favor of Islam” etc. His most famous work is Kitab al-mawaqif (the book of stations) where he develops the theory of levels of enlightenment. Enlightenment is a ladder. One gradually climbs from one level to another through continuous spiritual hard work and receives blessings in accordance with the dedication put in the spiritual growth.

He is the credited by most Algerians as the father of the Algerian national identity. Considering the influence the national identity in the work of Algerian writers the Emir should be acknowledged. His authority is so far reaching over the years that centuries down the line writers like Kateb Yacine still claim to be of his school of thoughts.

Born in the French Caribbean, in Martinique in the town of Fort de France on July 20th 1925, this psychoanalyst would be obsessed by one question all his life: “how to cure the colonised people’s alienation?”
He enrolled for France during the Second World War where he was injured. Hence, he obtains a scholarship. From these experiences comes the book Black skin, white mask. Psychiatrist in Blida’s hospital, he quits to join the Algerian revolution for the remainder of his life. Frantz Omar Fanon found in Algeria and the Algerian people what he was missing, a country and a people to call his own.