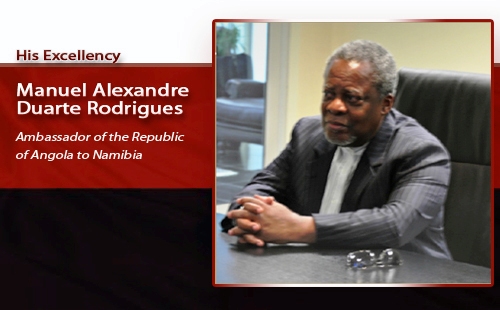 The National struggle for the liberation of Angola began on February 4th 1961. 14 years later Angola conquered its independence. This brought an end to the liberation struggle against colonial domination, 17 months after the collapse of the fascist regime in Portugal, on April 25th 1974. On November 11th 1975, Angola added it name to the list of Independent African countries, joining the likes of Ghana, the two Congos, Tanzania, Zambia and many others. Thanks to the foresighted leadership of His Excellency Jose Eduardo dos Santos, the civil war ended with signing of the peace agreement on the April 4th 2002, between the representatives of the Angolan Armed Forces and the representative of the extinct Unita forces. Thanks to this agreement, we celebrate “the national day of peace” on that date of the April 4th.

During this decade of peace, the Angolan government managed to rehabilitate various infrastructures such as roads interconnecting the country’s provinces to each other. We also connected the back country to the Capital city Luanda. 17 Universities, various Higher Learning Institutions, several hospitals and clinics have been built all over the country. Significant investment has also been made to the Ngove dam to try and address the power shortage in the country..

All these efforts are aimed at improving the lives of Angolans by offering them a better future through a better education and the availability of descent employment that will them to contribute meaningfully to the socio-economic development of the country. Today, after 37 years of independence and only 10 years of peace, Angola has one the highest index of economic growth in Africa. The credit should go to Angola as whole for throughout our history we constantly fought for our national independence and defended our sovereignty against external threats and hegemonic tendencies of certain countries. I would like to reaffirm here my Government’s will to maintain our excellent bilateral relations with our sister country, the Republic of Namibia by deepening and strengthening the existing good cooperation.

We fought together, we suffered together and we must continue working together in this time of economic revolution. Our countries already have several bilateral agreements but we can still do better. We want to attract to foreign investment, especially from our close relations such as Namibia, in areas such as construction, tourism and agriculture.

His Excellency Manuel Alexandre Duarte Rodrigues,
Ambassador of the Republic of Angola to Namibia