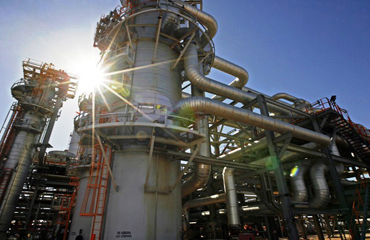 Algeria possesses the two compulsory elements for the success of any enterprise human and financial capital. 1/4 of the Algerian population is under 15 and Algeria is targeting 2 million students entering university in 2015. Sonatrach, which was rated as the top African company and the twelfth oil consortium in the world by the Petroleum Intelligence Weekly in 2011, has been pumping 1.2 million barrels of oil/ day. Considering the price of the barrel never went under 100 dollars since 2005, the state of Algerian coffers can make a few envious around the world.

The Algerian economy continued to grow despite the difficult political context of the region with the Arab spring. The economy grew 2.5% in 2011 and 3% in 2012 says IMF experts. Oil is the backbone of the Algerian economy. It finances 60 % of the Algerian budget. Algeria is the third oil exporter in Africa behind Nigeria and Angola and the 11th exporter in the world. Algeria is also the first producer of gas in Africa and the second supplier of gas to Europe right behind Russia. This wealth has allowed the country to reimburse most of its debt. Algeria has settled what it owed the Paris and London Clubs but also the rest of its creditors. Algeria is the least indebted country in the North African and Middle East region in 2012 according to IMF and the World Bank.

For the past decade, Algeria has invested its additional resources in social programs. 50 % of the taxes collected on the revenues generated from the oil (13% of the country’s GDP) has been dedicated to alleviating poverty. The poverty rate has dropped from 12.1 in 2000 to 4.9 Yet the Algerian government is not resting on its laurels as it is trying to break away from its oil dependency. The reasons for this is trying to anticipate the post oil era and creating the much needed employment for the youth. One out of five young Algerians is still jobless.

The Government took bold decision by implementing a conducive legal and fiscal framework to encourage foreign direct investments. This has already yielded results. German firms (Daimler, MAN Ferrostaal, Deutz, Rheinmetall, MTU and Aero Engines Holdings), Aabar Investments from the Emirates and the company Samsung that decided to produce electrical appliances at Setif are just of a few of those investors that have been convinced by the efforts of Algerian authorities in their investor friendly approach. Significant investment has also been done in order to upgrade sectors such as Agriculture that employs over 20% of the workforce and contributes already 10% of the country’s GDP. Other sectors which received the Government’s attention in order to generate the much needed jobs are housing, transport and communication.

The Algerian Government is also trying is best formalise a major part of the economy which operates in an informal set up that makes it evade taxation. The Ministry of Finance of Algeria evaluates that informal business represents 20 to 40% of the country’s GDP. For the past 3 years the non-invoiced business transaction have been estimated 1.5 billion Euros. Bringing this business in the mean stream would significantly broaden the kitty of the Algerian Government.

These measures all concur with our initial diagnosis that Algeria has all the necessary resources to succeed. Yet, it remains imperative that Algeria maintain its current political stability in a region prone to political unrest.