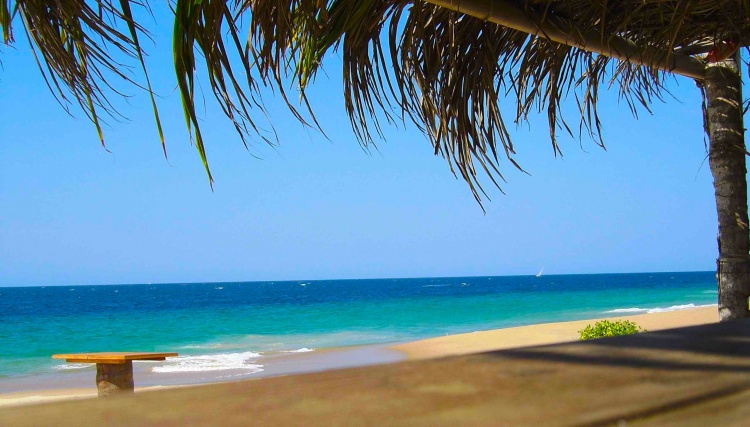 Angola is a real mosaic of climate, people, culture and landscape. It seems there not one but many Angolas imbricated together. A giant jigsaw puzzle (the sixth largest country on the continent) as only Africa can produce. For where else will a country that is cold and dry at the south whilst it has a tropical rain forest in the north; a highland in the interior, a desert and a fertile river delta all at once? It is impossible to start exploring Angola anywhere but in Luanda. Those that have had the chance to visit the capital city and main harbour of Angola would understand. Luanda’s population is estimated to be 1/3 of Angola’s and it never sleeps.

Last but not least, it beats at the rhythm of the aspirations of all caluandas (Luanda’s inhabitants) for better tomorrows. Apart from Luanda, there is Benguela, the hometown of the award-winning writer Pepetela and Miss Universe Leila Lopes. The main attraction is its 200 kilometres of coastline, ideal for water sports and for scuba diving. One can also enjoy the Serra da Leba mountain range, which divides the provinces of Lubango and Namibe; the Kalandula waterfalls with their white robe; the vast landscapes of the Namib Desert and the impressive volcanic fissures of Tundavala as well as the Angolan natural reserves. Angola is blessed with an impressive diversity of wildlife. It also boasts supply of aquatic fauna with populated rivers like the Kwanza and the Cunene. Many species of whale and dolphin can be found in Angola’s coastal waters, including the rare Atlantic humpback dolphin. Although the country’s national parks date as far as the Portuguese colonisation.

Angola’s tourism industry is relatively new, as much of the country was destroyed during the post-colonial civil war which ended in 2002. Iona National Park, located in Namibe Province is the largest in the country. Cangandala National Park is the smallest National Park in the country. It is situated in the Malanje province and is home to the black antelope palanca, the country’s mascot. But, Quiçama/kissama National Park is the only park functioning almost properly. The park is approximately 70 km from Luanda and covers 3 million acres (12,000 km²). In 2001, the Kissama Foundation initiated ‘Operation Noah’s Ark’. The 30 elephants brought in 2001 have now increased to 65. The giraffes have multiplied from four to 14, and the 16 zebras have had a hundred offspring. Another sign of peaceful times is that many of these animals are returning home naturally. The park is bordered on the west by 120 km of the Atlantic Ocean coast. This coastline is used as an egg laying ground by the sea turtles. So, explore the mosaic and embrace the part that appeals to you. Better still embrace it all.